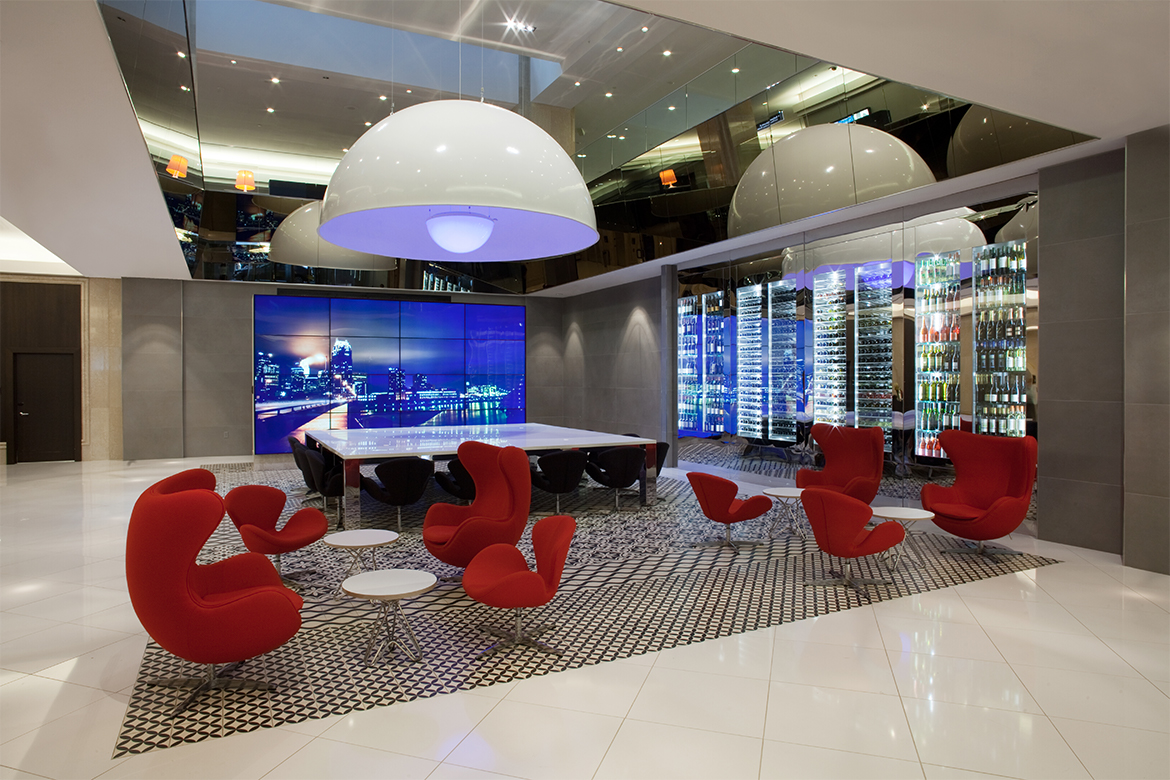 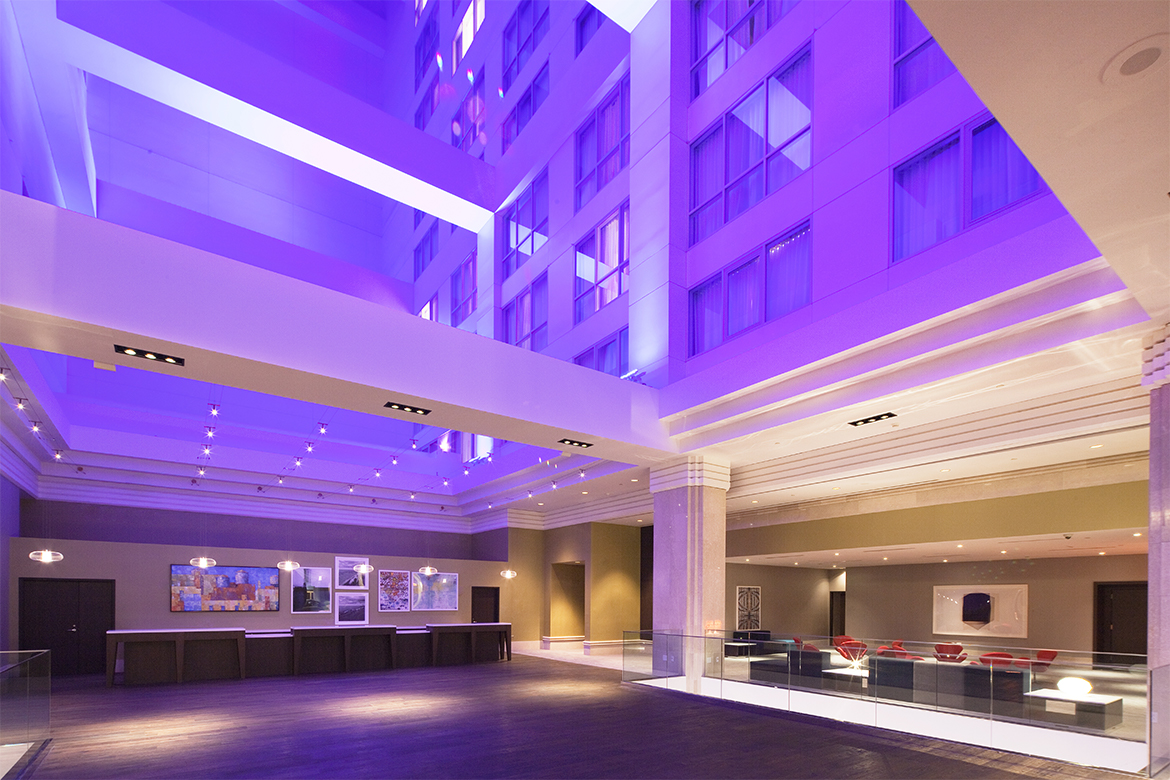 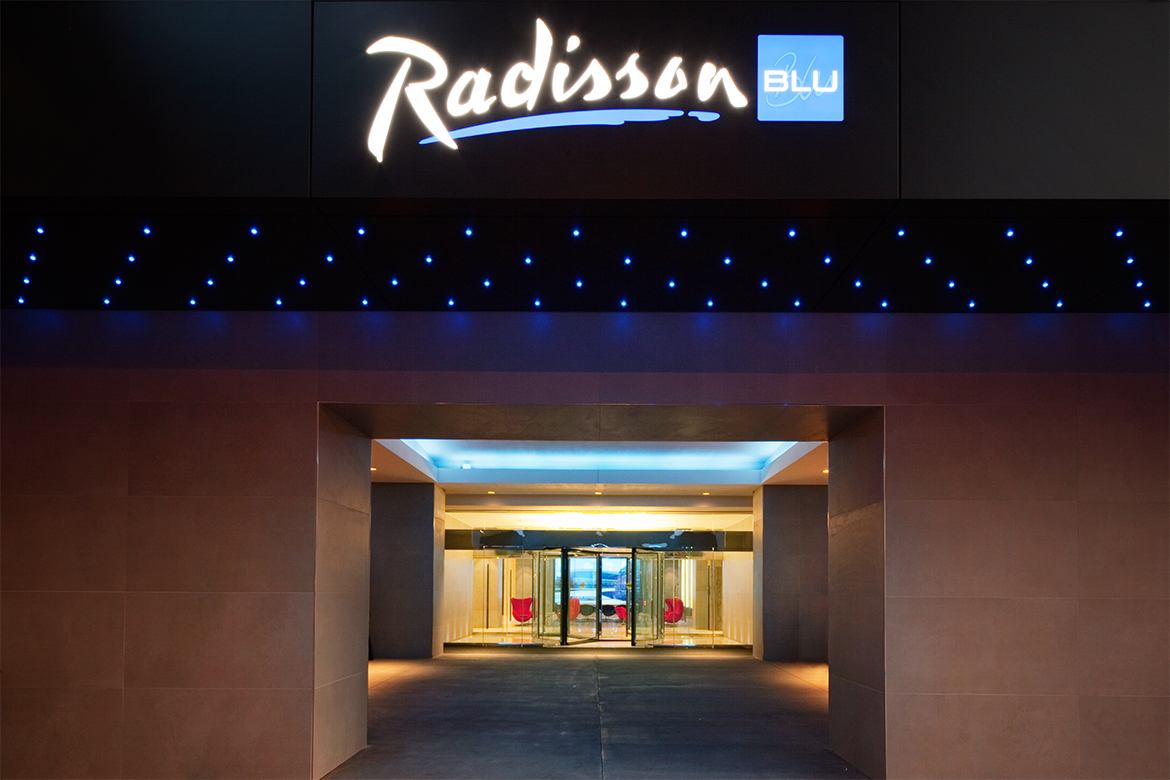 The flagship Radisson Plaza Hotel in downtown Minneapolis was renovated and converted to a Radisson Blu. The repositioning included major upgrades to the common areas and public spaces, 360 guest rooms and suites, ballrooms and conference spaces, and onsite restaurant and lounge. The design inspiration incorporated the hotel’s Midwestern locale and the brand’s European origins and features luxury finishes and contemporary lighting and décor. One of the most prominent aspects of the design is the hotel’s sleek, Scandinavian-inspired lobby which features an 18-story atrium, spanning the stature of the hotel from top to bottom.