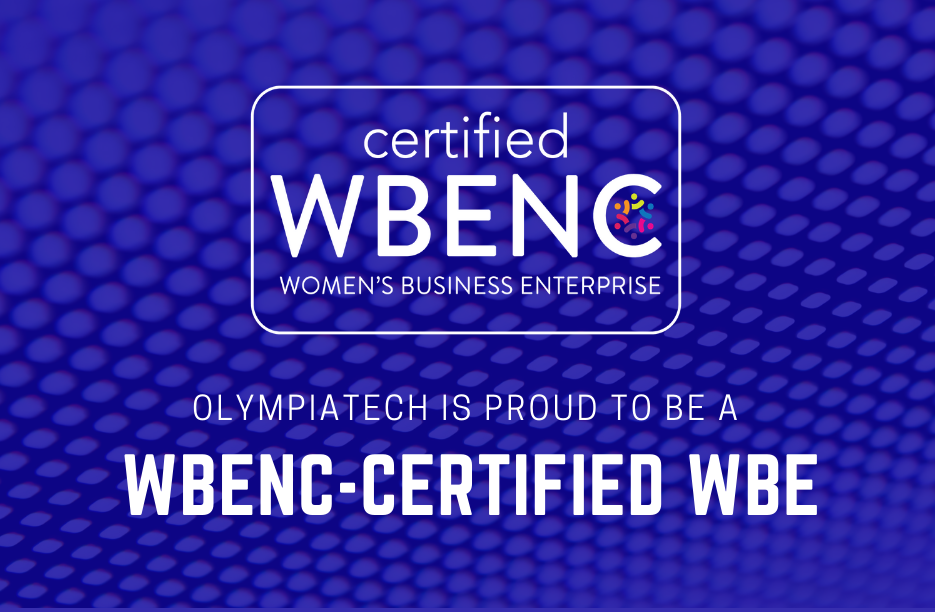 WBENC’s national standard of certification implemented by the Women’s Business Development Center-Midwest is a meticulous process including an in-depth review of the business and a site inspection. The certification process is designed to confirm the business is at least 51% owned, operated and controlled by a woman or women. By including women-owned businesses among their suppliers and service providers, corporations and government agencies demonstrate their commitment to diversity and the continued development of their diversity programs.

“This milestone will allow us to fulfill our commitment to fostering diversity and will also allow us to better serve our client partners by helping them achieve their diversity and inclusion goals and initiatives,” stated Seaen Kosmides, OlympiaTech Electric’s CEO.

Seaen Kosmides became the majority owner of OlympiaTech in 2018. She has been a partner and co-owner of the company since 2013, when she entered into a partnership with her brother Paul Kosmides. The company was founded by their father George Kosmides in 1964.

About WBENC
Founded in 1997, WBENC is the nation’s leader in women’s business development and the leading third-party certifier of businesses owned and operated by women, with more than 13,000 certified Women’s Business Enterprises, 14 national Regional Partner Organizations, and over 300 Corporate Members. More than 1,000 corporations representing America’s most prestigious brands as well as many states, cities, and other entities accept WBENC Certification. For more information, visit www.wbenc.org.